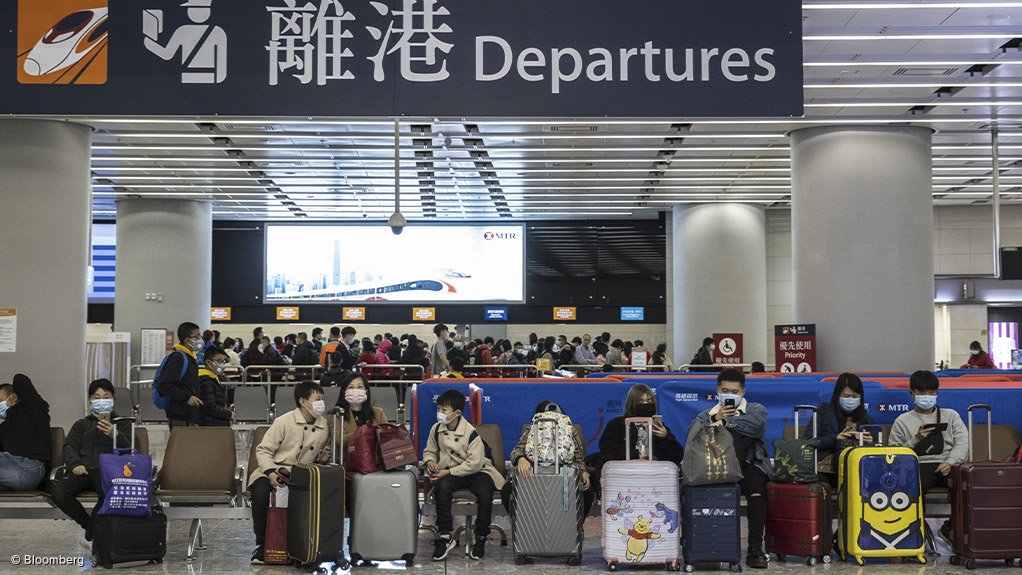 The World Health Organization (WHO) declared the outbreak sparked by the coronavirus in China as a global emergency on Thursday, after the number of cases spiked more than tenfold in a week, while the death toll rose to 213.

This developed as China's health commission reported on Friday that the confirmed cases of infection have reached 9 692.

Another 102 000 people were also reportedly under medical observation with possible symptoms of the respiratory ailment.

The United Nations (UN) health agency defines an international emergency as an "extraordinary event" that constitutes a risk to other countries and requires a coordinated international response.

Eighteen other countries have since reported cases, as scientists race to understand how exactly the virus is spreading and how severe it is.

Experts say there is significant evidence the virus is spreading among people in China and have noted with concern instances in other countries - including the United States, France, Japan, Germany, Canada, South Korea and Vietnam - where there have also been isolated cases of human-to-human transmission.

Speaking to reporters in Geneva, WHO Director-General Tedros Adhanom Ghebreyesus noted the worrisome spread of the virus between people outside China.

"Our greatest concern is the potential for this virus to spread to countries with weaker health systems which are ill-prepared to deal with it."

In response, China's foreign ministry spokesperson said Beijing has confidence and capability to win the war against the outbreak.

Hua Chunying, the ministry spokeswoman, also said China will continue to work with the WHO and other countries to maintain global and regional public health security.

A declaration of a global emergency typically brings greater money and resources, but may also prompt nervous governments to restrict travel and trade to affected countries.

In the wake of numerous airlines cancelling flights to China and several businesses have temporarily closed hundreds of shops, Tedros said WHO was not recommending limiting travel or trade to China.

"There is no reason for measures that unnecessarily interfere with international travel and trade," he said.

He added that Chinese President Xi Jinping had committed to help stop the spread of the virus beyond its borders.

"During my discussion with the president and other officials, they're willing to support countries with weaker health systems with whatever is possible," Tedros said.

Meanwhile, Russia announced it was closing its 2 600-mile (4 180 kilometre) border with China, joining Mongolia and North Korea in barring crossings to guard against a new viral outbreak.

It had been de facto closed because of the Lunar New Year holiday, but Russian authorities said the closure would be extended until March 1.

In another development, Beijing announced on Friday that it is sending charter planes to bring back citizens from Hubei who are overseas "as soon as possible".

This is in view of "practical difficulties that Hubei citizens, especially those from Wuhan, have faced overseas", said Hua, of the ministry of foreign affairs.