Western Cape premier confirms increased pressure on hospital system, but not yet at peak capacity 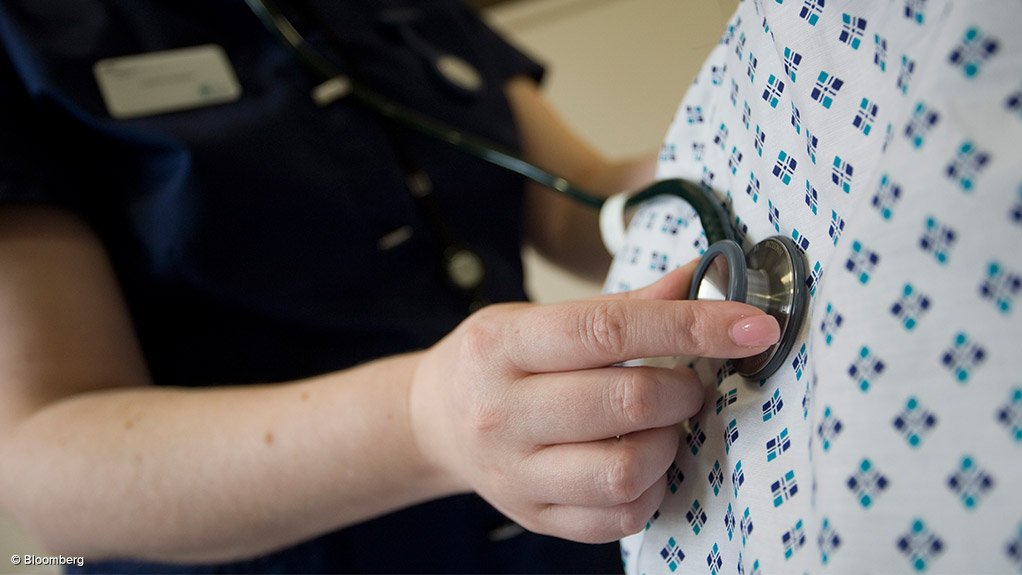 The Western Cape is starting to see increased pressure on its hospital systems ahead of the coronavirus peak, but it has not yet reached peak capacity, the Premier's office said on Friday.

It warned however that, while it was ready to meet current critical care needs, at the peak, "even in the best-case scenario, we will still fall short of ICU beds".

"The public sector has an existing capacity of 2 162 acute beds, and an 1 428 additional care beds will be provided by temporary 'field hospitals' in the Western Cape, including the 850 additional beds at the Cape Town International Convention Centre, 330 beds at a temporary hospital facility in Brackengate, 68 at the Khayelitsha Thusong Centre, 150 at the Cape Winelands Sonstraal Hospital, and 30 additional beds at Tygerberg Hospital," said Premier Alan Winde's spokesperson Bianca Capazorio.

She said the 850-beds planned for the CTICC remained on schedule to be completed by the first week of June, and that work was "progressing well".

The temporary hospital at the convention centre will cater for patients presenting with milder clinical signs, and who are in need of hospitalisation and treatment, including administration of oxygen, but not to those with severe clinical signs requiring intensive care treatment.

The CTICC agreed to waive the hiring costs of the venue, welcoming the opportunity "to be part of the solution".

Winde previously said that the building of a temporary infrastructure, as well as the operating and catering costs for the initial hiring period, would cost approximately R47-million. This excludes the costs that the Department of Health will incur in providing clinical equipment, oxygen, medication and temporary staff for the temporary hospital.

Capazorio said the provincial government was looking to make 550 critical care beds available at the peak – 150 that already exist in public health facilities, 100 additional beds to be added in the public sector (but additional resources are needed for these), and the purchasing of 300 beds from the private sector for patients from the public sector.

"There are still an additional 300 ICU beds in the private sector available when this is considered. This means that we have a potential total of 850 ICU beds available in the Western Cape," she said.

'Will still fall short of ICU beds' at peak

"The Western Cape's health planning response has taken into account all of the existing private and public sector ICU or high-care beds in an integrated single healthcare system response. We have sufficient capacity at this time to meet our current critical care needs, but even in the best-case scenario, we will still fall short of ICU beds."

For this reason, it was important to focus on protecting the most vulnerable, she continued.

"About 90% of people who contract Covid-19 will not require hospitalisation, but we have seen from our data that those who are most at risk of becoming seriously ill or dying are the elderly, and those with underlying health conditions.

According to the most recent provincial statistics, the Western Cape had 11 810 confirmed cases on Thursday.

News24 this week reported that the intensive care unit at the province’s biggest hospital, Tygerberg Hospital, had already reached its capacity, as 25 beds set aside for Covid-19 patients were fully occupied as of Tuesday. As of Thursday, 23 of the beds were occupied.

The Western Cape health department said the hospital should not be seen in isolation from the provincial plan in managing the pandemic, as it formed part of an "integrated plan, leveraging all available resources".

The province had 2 162 general care beds and 150 ICU beds that exist in central and regional hospitals, it said in a statement.

By Thursday, there were 143 patients admitted to ICU in both public and private hospitals, including the 23 at Tygerberg Hospital.

The hospital's spokesperson Monique Johnstone told News24 that every person was screened and tested before being allowed into the hospital to prevent and control the spread of the virus in the hospital.