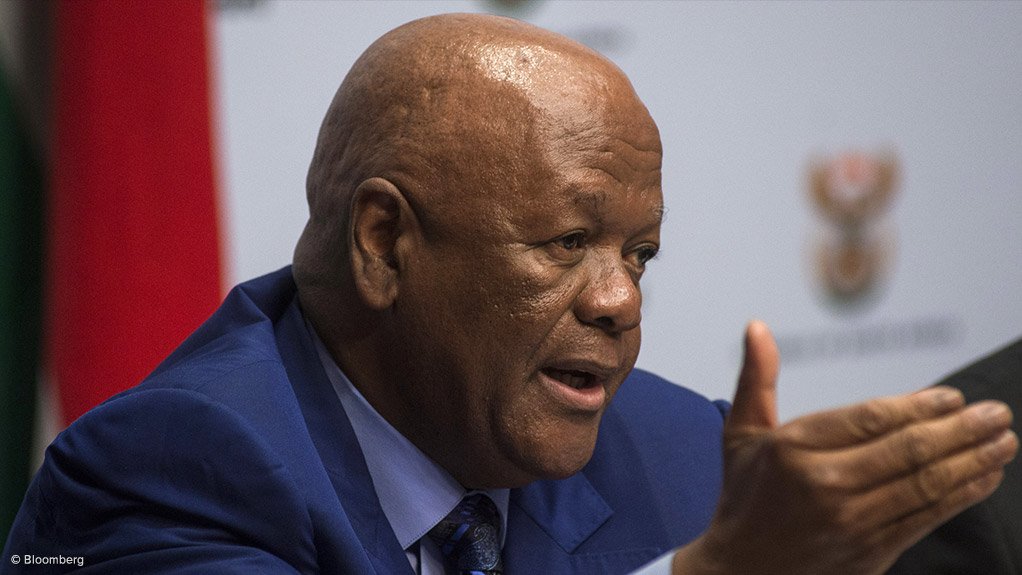 Energy Minister Jeff Radebe has promised that the update of the Integrated Resource Plan (IRP), which reflects the government’s policy blueprint for the power sector, will be concluded "very shortly".

He told delegates attending the African Utility Week and PowerGEN Africa forum, in Cape Town, on Tuesday, that the government was still in the process of engaging with its social partners at the National Economic Development and Labour Council, but emphasised that the update was imminent.

“Cabinet's approval of the IRP for South Africa will define a tangible plan for energy security that also enables the participation of independent power producers (IPPs) side by side with Eskom and municipalities,” said Radebe.

He also pointed out that there was room for coal-fired power in the future, but placed an emphasis on the need for clean coal technologies.

“While a paradigm shift is required for carbon emission reduction targets to be realised, as government, we cannot do this in a manner that is unjust relative to those that would be negatively affected by these adjustments. Our vast coal deposits cannot be sterilised simply because we cannot explore technological innovations to exploit the coal.”

Radebe said the timing of the transition to a low-carbon economy, in line with the country's accession to the Paris Agreement, had to be done in a way that was not insensitive to the potential impacts on jobs and local economies.

“With regard to our energy mix, we cannot ignore the fact that we have abundant coal reserves in South Africa and that the price of local coal remains relatively low. However this is counter-balanced by the high carbon content of coal.

“Carbon capture and storage, underground coal gasification, coal to liquids and other clean coal technologies are critical considerations that will enable us to continue using our coal resources in an environmentally responsible way,” said Radebe.

He said the energy sector alone contributed close to 80% of carbon emissions, of which 50% was from electricity generation and liquid fuels production alone.

Further, South Africa’s power capacity requirements also came under the spotlight during the Minister’s address to the packed opening plenary.

“We estimate that the capacity extension under the IRP will cost in excess of R1-trillion in the period up to 2030, including the new power plants plus the requisite transmission and distribution infrastructure.”

Radebe said the financing of infrastructure has become an uphill battle for emerging economies, exacerbated by the impact of the stand-off on trade between China and the US. But he called on partners and investors attending African Utility Week to help generate more money.

“Notwithstanding that the current credit situation remains tight, we intend to find ways, with your collaboration, to increase financing for energy infrastructure – especially financing that supports small and medium-sized enterprises which can create the jobs we need.”

“The draft IRP confirms that the decade starting in 2030 will require significant commissioning of new generation capacity. This happens at a time when Eskom’s balance sheet is at its weakest in a long time.

“We need to arrest the steady decline in economic activity coupled with rising electricity tariffs that has tended to put Eskom in an untenable situation, characterised by increasing debt and increasing tariffs. We need to address these issues so as to build infrastructure timeously to meet the energy demands required for our industrialisation.”

On the local municipality front, Radebe said many municipalities in South Africa were increasingly keen to generate their own power. So far, residents have installed about 150 MW of rooftop photovoltaic (PV) systems in various municipalities. “As Eskom electricity tariffs rise, we can expect more rooftop PV systems to be installed,” said Radebe.

The Minister said the government had developed a framework in terms of Schedule 2 of the Electricity Regulation Act, to enable embedded generation technology options. The National Energy Regulator of South Africa has called for public comment on this.

“The Schedule 2 amendments will address the constraints related to licensing potentially hundreds of thousands of rooftop PV systems, biogas and other small-scale embedded generators smaller than 1 MW, and unlock investment in that space,” Radebe told delegates.

He added that small-scale embedded generation through biomass, biogas and municipal waste held great potential for improving municipal revenues. “We expect to see increasing investment in that space.”