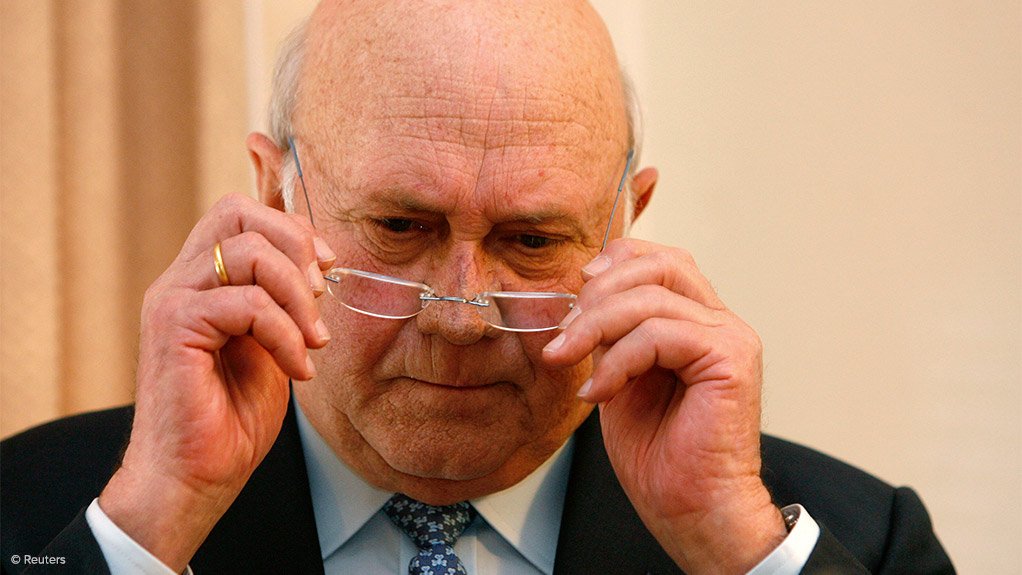 The Young Communist League of South Africa (YCLSA) has noted with disgust the statement by the former apartheid President, FW de Klerk’s foundation written as somewhat a reflection of a false diary entry justifying an injustice. The statement was apparently a response to de Klerk’s ideological allies, an organization led by a pseudo-left populist Julius Malema who once claimed that apartheid was better than a democratic South Africa.

Based on the contents of the statement released by the foundation, it is clear that de Klerk is not fit to claim the status of a Nobel Peace Laureate. The statement by the former apartheid President that apartheid was not a crime against humanity is against the reason for his award of the Nobel Peace Prize.

According to Nobel's will, which sets the criteria for the nominations of the award, the Peace Prize is conferred to a person who "shall have done the most or the best work for fraternity between nations, for the abolition or reduction of standing armies and for the holding and promotion of peace congresses". This is in line with article 55 of the United Nations Charter which is aimed at ‘the creation of stability and well-being necessary for peaceful relations based on respect for the principle of equal rights and self-determination of peoples’.

The United Nations declared apartheid a crime against humanity because it was contrary to Articles 55 and 56 of the Charter of the United Nations. Article 2 of the Apartheid Convention declares that apartheid is a crime against humanity and defines the crime of apartheid. According to the articles, the inhuman crimes committed by the apartheid system include murder, torture, inhuman treatment and arbitrary arrest of members of a racial group; deliberate imposition on a racial group of living conditions calculated to cause its physical destruction; legislative measures that discriminate in the political, social, economic and cultural fields; measures that divide the population along racial lines by the creation of separate residential areas for racial groups; the prohibition of interracial marriages; and the persecution of persons opposed to apartheid.

The Nobel Peace Prize awarded to de Klerk was on the basis of laying a foundation for democracy against the crimes mentioned by the articles. Therefore, de Klerk is not fit to claim the status of a Nobel Peace Laureate and the prize should be withdrawn.

The YCLSA also calls for de Klerk to be prosecuted. The fact that de Klerk does not see apartheid as a crime is a clear indication that he does not acknowledge the gross human rights violations committed by the same system he presided over as ‘Head of State’ and should, therefore, be prosecuted for culpable homicide and gross violation of human rights by the International Criminal Court.