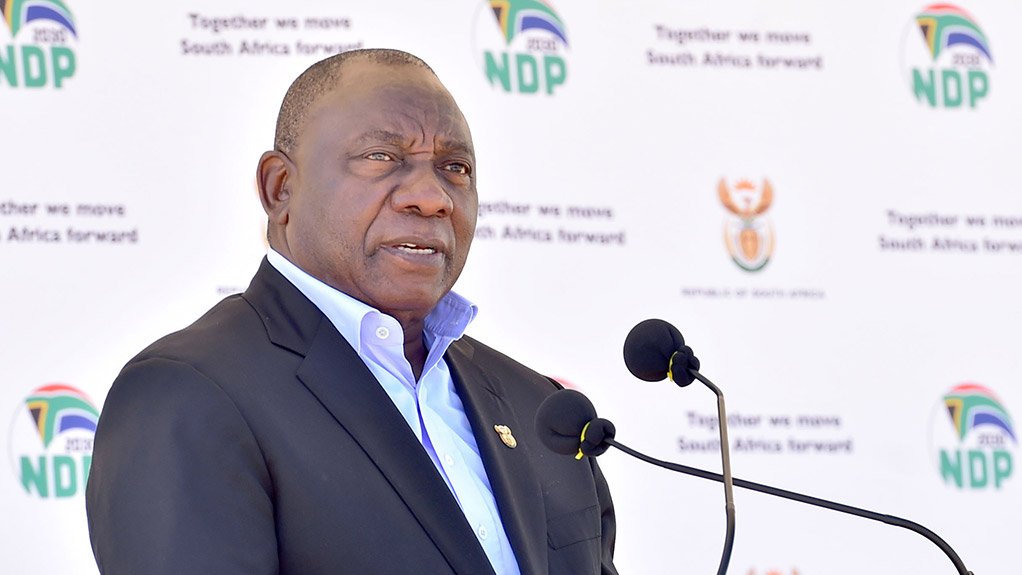 I am honoured to address this important conference, which is a vital part of our efforts to build a better Africa and a better world.

We meet just a few weeks before we head to Addis Ababa to attend the 33rd Ordinary Summit of the African Union, where South Africa will officially assume the Chairship of our continental organisation for 2020.

South Africa previously had the honour to hold the AU Chairship in 2002, at the seminal session that officially launched the African Union.

It was also there that we inaugurated the New Partnership for Africa’s Development – NEPAD – established the Peace and Security Council, and adopted the declaration on the Common African Defence and Security Policy.

The Chairship in 2002 presented South Africa with an opportunity to build a lasting legacy for the continent and our country.

The 2020 Chairship should also present us with opportunities, albeit at a challenging time for both our country and the continent.

In some countries political and civil instability persist.

As a result, certain events on the continent have attracted world attention.

I am convinced that some of these occurrences need the intervention of those who are able to assist African countries to find solutions.

But in some cases these interventions seem to be driven by ulterior motives.

This seems to be case at least with Libya and South Sudan.

I shall come back to this.

Africa’s youthful population is impatient for change and the creation of more economic opportunities.

At the same time, we are presented with unprecedented opportunities for development, most notably the implementation of the African Continental Free Trade Area agreement.

This is a momentous event in the decades-long effort to integrate the economies of the African continent.

It will make Africa the largest common market in the world, with a population of more than a billion people and a combined GDP of over $3 trillion.

The Continental Free Trade Area will boost intra-Africa trade, reignite industrialisation, and pave the way for the meaningful integration of Africa into global value chains and the global economy in general.

As the Chair, South Africa is determined to take the project of continental unity, integration and development further, guided by our foreign policy priorities and the Continent’s aspirations as espoused in Agenda 2063.

Our domestic priorities - including economic transformation, job creation and the consolidation of the social wage through reliable and quality basic services – depend on a politically stable and economically growing Africa.

Our Chairship of the AU will have an impact on all of South Africa’s missions – especially multilateral missions – since our ambassadors will need to promote not only South Africa and its positions, but also the positions of the African Union.

This year, South Africa will also assume the chairships of the African Peer Review Mechanism – the APRM – and the Committee of African Heads of State and Government on Climate Change.

Both of these areas of responsibility align with our responsibilities and priorities as Chair of the African Union.

At the top of our agenda as Chair must be the deepening of economic integration.

This is a historic moment that we must seize.

Together with our fellow African countries, we must implement the AfCFTA agreement with purpose and determination.

We must undertake the detailed work, extensive consultation and complex negotiations required to give life to this agreement.

In this regard, South Africa will work with President Issoufou of Niger, who is the AU Champion on Continental Economic Integration.

This work is directed towards the social and economic development of the Continent, and the realisation of a prosperous Africa based on inclusive growth and sustainable development.

South Africa will need to be pro-active and assertive in seeking common approaches on issues like tariff lines, rules of origin, custom controls, trade in services and new generation issues like competition and intellectual property.

We will also need to address issues like the ease of doing business in different African countries.

We know that the AfCFTA will only become a reality if the infrastructure between African countries is developed.

Infrastructure is at the core of Africa’s social, economic and political challenges.

It is crucial for sustainable development and inclusive growth, and for diversification through industrialisation and value addition.

As the Champion of the Presidential Infrastructure Champion Initiative under NEPAD, South Africa has a critical role to play – and must act on the opportunity presented – in profiling infrastructure development in support of the AfCFTA.

The initiative works with the Programme for Infrastructure Development for Africa that was adopted during the January 2012 AU Summit.

The overall goal of the programme is to promote socio-economic development and poverty reduction in Africa through improved access to integrated regional and continental infrastructure networks and services.

On this basis, it is proposed that South Africa hosts a High Level Forum on Infrastructure during its term as AU chair.

Another pillar of South Africa’s agenda as AU chair is the empowerment of women, with a specific emphasis on promoting financial and economic inclusion and combating gender-based violence.

On women’s financial and economic inclusion, South Africa will work with the AU’s Women, Gender and Development Directorate, which is responsible for leading, guiding, defending and coordinating the AU's efforts on gender equality and development.

The United Nation’s 2009 World Survey on the Role of Women in Development notes that women’s equal access to financial and economic resources is critical for the achievement of gender equality and sustainable economic growth and development.

In undertaking this work, we must look beyond ‘micro-finance solutions’ to financing that will grow businesses of women.

The goal is to ensure that women and women-led businesses have access to and are able to use multiple financial services as tools to develop their financial autonomy, allow them to contribute to economic growth and to enhance their capacity to take advantage of the opportunities that the future of work will bring.

The extent and persistence of violence against women remains a major cause for concern in almost all the countries on the Continent.

In 2009, only 28% of Sub-Saharan African countries had laws on domestic violence.

By 2018, that figure had increased to 55%, which means that half of the countries still do not have laws that specifically address the most prevalent form of violence against women.

During this year, we need to mobilise African countries to focus on prevention of violence against women and girls through, among other things, addressing the harmful social norms that contribute to and perpetuate such violence.

Harmful notions of masculinity and social attitudes that accept violence need to be challenged and be replaced by norms that promote gender equality, respect and non-violence.

We also need to address discriminatory laws in African countries that disadvantage women and look to international instruments like the ILO Convention on Violence and Harassment as means to combat sexual harassment and violence.

As the Chair of the African Peer Review Mechanism in 2020, South Africa will be primarily responsible for driving the APRM’s good governance agenda.

The delivery of the good governance through democratic practice and economic growth reduces political tensions in countries with social divisions.

Importantly, the APRM is now an autonomous entity within the AU’s Structures and has expanded its mandate to cover tracking and monitoring implementation of Agenda 2063 and the United Nations Sustainable Development Goals.

It has also developed an early warning system for conflict prevention on the continent, in the context of harmony and synergy between the APRM, the African Peace and Security Architecture, and the African Governance Architecture.

The three main priorities for South Africa’s chairship – economic integration, women’s empowerment and good governance – must be underpinned by the promotion of a peaceful and secure Africa.

As South Africa’s Chairship will coincide with the end of AU’s aspiration of ‘Silencing of the Guns in 2020’, it will be important to take stock of the achievements and challenges.

This is particularly important for us as South Africa is the AU appointed champion on AU-UN cooperation on peace operations.

Specific focus will need to be given to two intractable conflicts on the continent – in Libya and South Sudan – where South Africa is already actively involved in seeking solutions.

In South Sudan, we are engaged both bilaterally and multilaterally, in particular as Chair of the High-Level ad hoc Committee on South Sudan, known as the C5.

South Africa is a member of the AU High-Level Committee on Libya.

Our efforts will aim at affirming South Africa’s commitment to peace, security and stability on the continent and ending the humanitarian catastrophe and displacement of people in those countries.

In summary, South Africa’s strategic objectives during its Chairship of the African Union are to:

If we remain focused on these objectives, if we pursue them with diligence and determination, and if we mobilise our fellow African countries in pursuing them, I am certain that our Chairship of the African Union can be meaningful, effective and impactful.