Right2Know KZN: Vanessa Burger says the rich get richer - the poor get prison 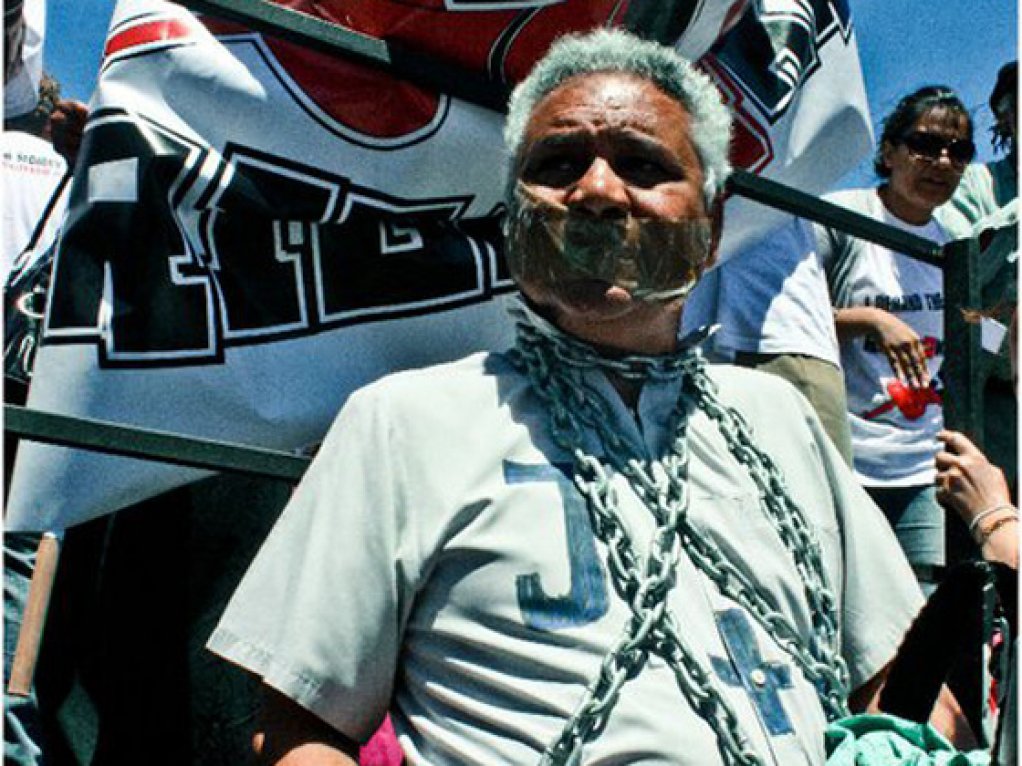 “Without equal access to the law, the system not only robs the poor
of their only protection, but it places in the hands of their oppressors
the most powerful and ruthless weapon ever created.”
– Reginald Heber Smith (US lawyer who initiated legal aid for the poor - 1919)

Police torture – tubing (or waterboarding) to be exact, forté of
former apartheid-cops – has increasingly become the interrogation
technique of choice – used now even on women; the criminal justice
system has become a club in the hands of the political elite; human
and constitutional rights are mashed against a wall of unequal access;
our media is manipulated in an effort to manage our minds; service
delivery has been hijacked to perpetuate our unjust heritage; our
President has become the nation’s Number One Consumer; his parliament
is also eating; the opposition is posturing; NGOs are playing second
fiddle to their donors while Rome burns; and academics and analysts
are talking about it all, and talking, and talking, and talking…. The
poor, the workers and the ordinary are distracted, divided, ruled,
misinformed and left to drown in a rising sea of inequality, only to
be remembered and fished out at election time, wiped down and cleaned
up, handed a t-shirt and shoved in the direction of the big green,
gold and black tent. This is our rainbow nation, faded to ash, khaki,
charcoal and red – red for the blood of those killed by the state.

Zooming in from the bigger picture, we have hostels populated by tens
of thousands of mostly unemployed or poor people. We have politicians,
apparently with police in their pockets, seemingly using any means to
enrich themselves and retain power.  If the people get between the
party and the prize, they will pay, sometimes with their lives.

After allegedly killing one person during interrogation in March this
year, the police have continued to torture this community and, by
contravening the Prevention and Combating of Torture of Persons Act,
have become criminals themselves. Tubing – the use of a plastic bag to
suffocate victims to within an inch of death, ostensibly to extract
information or a confession - is notoriously difficult to prove and
victims need to open a case and undergo medical examinations as soon
as possible after the incident. Often they are under real or perceived
threat of police reprisal, ignorant of their rights, correct
procedure, or simply lack the means to take the necessary steps to
obtain justice. Police brutality, torture, particularly tubing, can
have long-term medical and psychological effects, the treatment of
which, many victims, reliant purely on a disintegrating state health
system, are unable to obtain. Forensic services have become a filthy
joke.

In addition to 15 assassinations and countless incidents of violence
since March this year, members of this community have also been
subjected to numerous illegal evictions, allegedly at the hands of
politically aligned thugs. Over one hundred people remain homeless
while the displacement of others continues to cost them their jobs.
Police have reportedly knowingly failed to safeguard women with
protection orders. Numerous cases appear to have been fabricated, or,
at the very least, the law appears to have been applied very
selectively.

Some injured during the violence have suffered permanent disabilities
and consequently lost their jobs. Partial disability, as in a
semi-crippled right arm, although spelling disaster for a construction
worker, does not apparently qualify him to receive a state grant.
Possessions have been destroyed during the waves of evictions and
vehicles shot full of holes. Families have lost breadwinners and
newly-widowed mothers in rural areas are struggling to access child
grants, again - distance, cost, absurd bureaucracy and disinterested
state officials add to their misery. Men, women and a large number of
children who have experienced the sustained violence are believed to
be widely suffering from post traumatic stress disorder.

This community is now living under an oppressive, brutal, occupying
police presence. Gatherings have been restricted and protest
prohibited. Community participation in hostel development and access
to information is severely limited, while democratically elected
community structures have been dissolved in favour of political
formations. Access control is now being threatened.

Inequality has become institutionalized through systems that
incrementally limit access to justice and remedial support according
to economic viability – the rich can afford lawyers and the best
doctors – the poor will most likely rot in jail without bail.

Unless one has tried to traverse these systems on a minimum wage, one
remains blissfully unaware of how remote justice and social support
remains for the poor. The state is becoming increasingly hostile to
criticism and increasingly predisposed to extrajudicial remedial
action.

Chapter 9 institutions, established after 1994 to protect and uphold
citizens’ rights and enforce state accountability, have remained
toothless, and under the Zuma regime, are increasingly undermined,
destabilised, discredited, suffer political interference and are
generally, failing dismally in their duties.

Because hostels have earned the reputation of violent centres of crime
and social degeneration, the public remains generally unsympathetic
and the press disinterested in what is often flippantly described as
“hostel dwellers killing each other again.” However, when human rights
are contravened to this degree by the state, it is time we all sat up
and took notice. The fundamental principles of our democracy, our
constitution and every aspect of social justice is under threat.

Assisting these communities has been left to a few unfunded,
unsupported and under-resourced individuals. I am one of those
individuals. On a monthly stipend of less than R3000 from the Centre
for Civil Society based at the UKZN, and diminishing resources, it has
become a monumental battle to assist people in their struggles against
an increasingly violent onslaught by an increasingly predatory state.

Urgent assistance is needed for transport, airtime and stationery to
ensure the growing numbers of victims of state violence and abuse can
be assisted to access justice, exercise their rights, follow up on
their cases and receive remedial support. All work is carried out
under the advice and guidance of KZN Monitor, Mary de Haas and Ubunye
bama Hostela, a non-political organisation which represents the
interests of over 100 000 KwaZulu-Natal hostel residents. This appeal
is endorsed by the South Durban Community Environmental Alliance
(SDCEA) and supported by the Right2Know Campaign, which, as part of
its mobilisation for an accountable democracy, stands in solidarity
with all communities that are under threat while striving for freedom
of expression, access to information and transparent governance to
ensure the delivery of peoples' basic needs.

To support this vital community work, the Right2Know Campaign has
kindly permitted donations to be channeled through their finance
department. Every donation, no matter how small will make a huge
difference.

If you would like to assist, kindly make a donation to:


“I am only one; but still I am one. I cannot do everything, but still
I can do something.
I will not refuse to do the something I can do.” - Helen Keller

Thank you for helping!