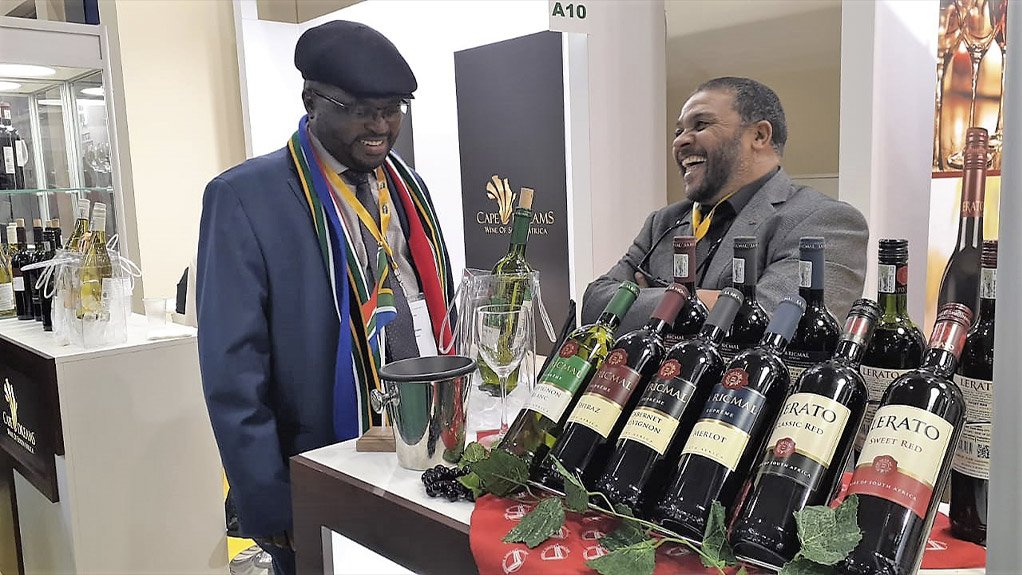 The proudly South African wines that were showcased at the Prodexpo international trade show in Moscow, Russia captivated the palates of the Russians. The South African wine companies participated in the show that started on Monday and ended today.

Prodexpo is one of the largest international shows for the food and drinks sector in Russia and Eastern Europe.

“Looking at the level of interest our wines received from the Russian importers and the quality of meetings that took place, it is clear that the Russians have taken notice and are impressed with our proudly South African wines. Enquiries about the South African Rum during the show indicates an interest into other South African alcoholic beverages, which is something that should be further explored. And I am confident to say the mission was a great success,” said the Foreign Economic Representative of South Africa in Russia, Mr Moloko Leshaba.

According to Leshaba, the representatives of the SA companies have indicated that they had good quality meetings that they will be following up on. He said some have managed to capture the interest of the biggest importers of wine, with others receiving orders during the show.

“That South Africa had the largest stand at the show compared to previous years was an indication that we are serious about the Russian market and bilateral relations. We are pleased that our presence was felt and shows that SA is a significant player in the market,” stated Leshaba.

Leshaba said participating in the show and acquiring good trade leads was just one activity that needed to be supplemented.  He added that  companies needed to work hard to sustain the relations established during the show and follow-up on the leads acquired.

“We need to be aggressive in order for our wines to continue penetrating the market. Bringing in new products and being innovative will aid our wines to gain more access to the market. We need to intensify the work and contest for the space and presence in the market,” advised Leshaba.

The Category Manager of Marine Express, Russia’s second biggest importer of South African premium wines, Mr Yury Kuznecov said he saw South Africa as a supplier of good quality wines that is yet to be fully integrated into the Russian market.

He added that South Africa was shining and would continue to shine if it invested more in premium wines and innovation. According to him, the market is very competitive. Against this background, he said the wine makers and sellers should therefore strive to meet the demands of the market,  work hard and be willing to sacrifice. Importantly, he added that the market is willing to experiment, but South Africa being relatively a new player, they needed to be innovative, competitive and continue to impress the market.

Issued by The Department of Trade And Industry