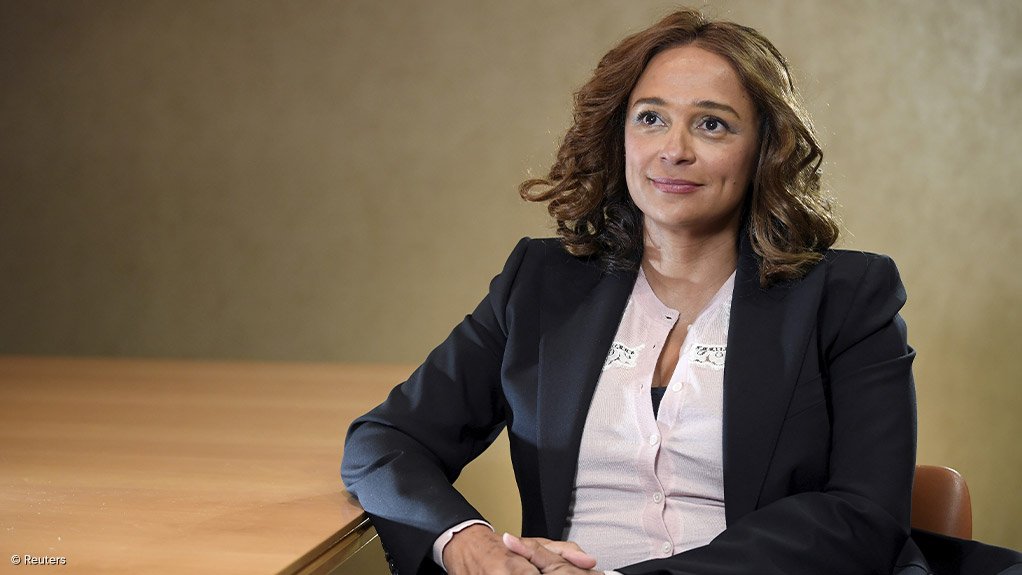 Portugal's market watchdog has launched inquiries into various firms where Angolan billionaire Isabel dos Santos holds stakes, after Angola's chief prosecutor said she could face an international arrest warrant if she fails to cooperate in a fraud investigation.

Angola has named dos Santos, the daughter of former President Jose Eduardo dos Santos, as a suspect over alleged mismanagement and misappropriation of funds while she was chairwoman of state oil firm Sonangol in 2016-2017.

In a statement sent to Reuters, Santos denied any wrongdoing and said she would "seek to clarify our position in relation to the latest accusations".

"I have always operated within the law and all my commercial transactions have been approved by lawyers, banks, auditors and regulators," she said.

Gabriela Figueiredo Dias, the head of Portugal's market regulator CMVM, said it had launched inquiries earlier this week into two of those companies, oil company Galp Energia and telecoms firm NOS, and into unspecified auditing firms.

Angola's chief prosecutor was quoted by Portugal's Lusa news agency as saying late on Wednesday, before travelling to Lisbon on Thursday, that his office sought dos Santos and other suspects "to voluntarily come to face justice".

Failing that, his office would resort to legal instruments at its disposal, one being an international warrant.

Police said on Thursday Ribeiro da Cunha was found dead at the garage of his house in Lisbon on Wednesday night, after apparently committing suicide by hanging. He had tried to commit suicide earlier this month, police said.

No one at Eurobic was immediately available for comment.

Eurobic, in which dos Santos has owned a large stake, said on Wednesday she had decided to sell the stake.

The CMVM regulator said it wanted to find out if there is any relevant information that Galp and NOS should have provided to CMVM but did not.

Figueiredo Dias said hundreds of thousands of files about dos Santos, dubbed the "Luanda Leaks" and released on Sunday, were of "enormous importance" for the market regulator.

The documents were obtained by the International Consortium of Investigative Journalists (ICIJ) and released by several news organisations.

The media reports focused on alleged financial schemes used by dos Santos to build her business empire, including transfers between Angola and Dubai. Dos Santos, who has been living abroad, said on Sunday that allegations made against her were "completely unfounded".

The scandal has led to several resignations, including Mario Leite da Silva, who resigned as chairperson of Banco Fomento Angola on Monday, according to a letter seen by Reuters.

Silva, who could not immediately be reached for comment, also stepped down from his position as non-executive board member at Portuguese telecoms company NOS, where dos Santos holds a significant stake.

Two other non-executive board members at NOS resigned on Thursday, the company said in a statement.

Separately, auditors PwC said the firm had "taken action to terminate any ongoing work for entities controlled by members of the dos Santos family" following what it said were "very serious and concerning allegations", and had begun an inquiry.

Dos Santos has said allegations against her are politically motivated.

Asked about dos Santos' case at the World Economic Forum, Angolan Finance Minister Vera Daves told Reuters "we need to send signs to society that we are committed to tackle corruption" and to manage public money and firms well.

President Joao Lourenco, who succeeded dos Santos's father in 2017, has cracked down on the role of his predecessor's children, firing dos Santos from her job chairing Sonangol and her brother from the sovereign wealth fund.