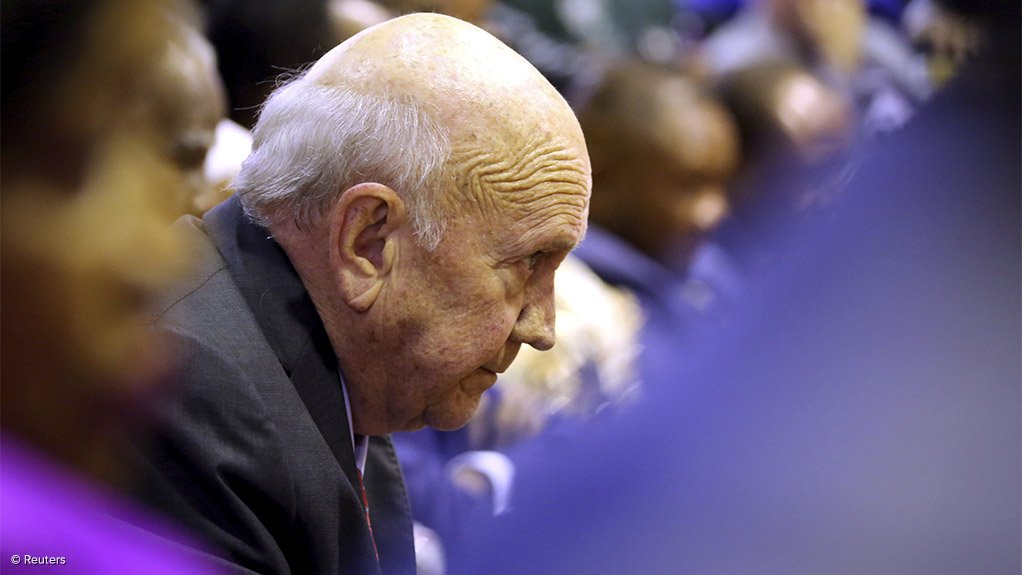 Nelson Mandela Foundation (NMF) CEO Sello Hatang has asked to speak to the CEO of the FW de Klerk Foundation about the statement it issued in which it insisted that apartheid was not a crime against humanity.

NMF spokesperson Luzuko Koti told News24 the organisation had asked to schedule a call with the CEO, Dr Dayne Morkel, for Monday afternoon, but had not yet received confirmation.

De Klerk, 83, and late president Nelson Mandela were jointly awarded the Nobel Peace Prize in 1993 "for their work for the peaceful termination of the apartheid regime, and for laying the foundations for a new democratic South Africa".

There has been wide outrage over the foundation's statement.

The African National Congress, the South African Council of Churches and the Desmond and Leah Tutu Legacy Foundation called for a retraction and apology for the statement.

The Economic Freedom Fighters (EFF) has since threatened to take legal action to ensure that a forensic inquiry is opened.

During the State of Nation Address on Thursday, the EFF demanded that De Klerk be asked to leave the House, calling him an "unrepentant apologist of apartheid".

The following day, his foundation issued a statement in which it labelled the notion that apartheid is a crime against humanity "Soviet agitprop" - propaganda meant to agitate.

A planned protest under #DeKlerkMustFall is expected to take place on Wednesday outside the foundation's office in Cape Town, which is situated in a gated office park.