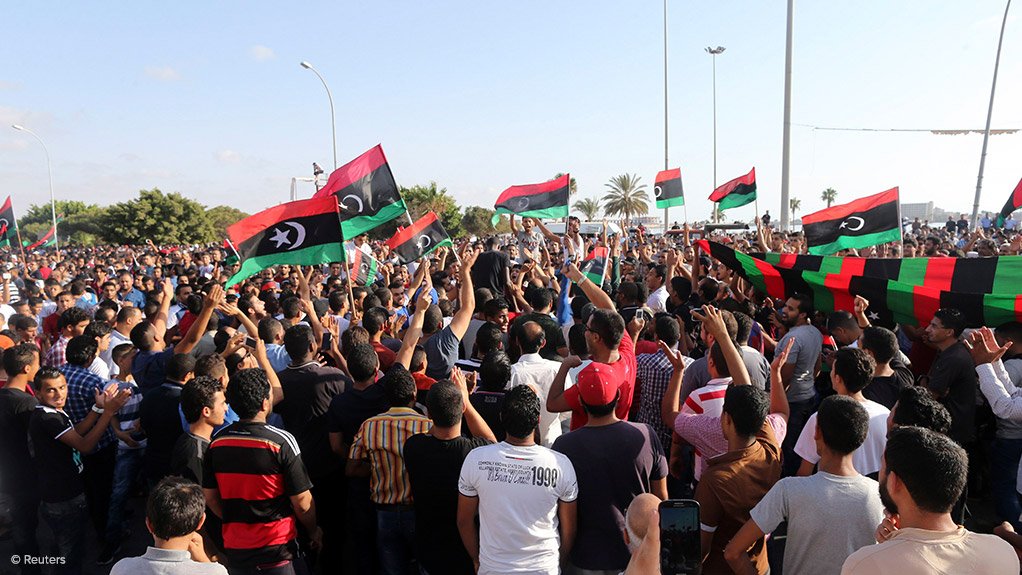 Libya's warring leaders were due to hold peace talks in Moscow on Monday with Russia and Turkey urging the rivals to sign a binding truce to end a nine-month-old war and pave the way for a settlement that would stabilise the North African country.

The Russo-Turkish push, which brings together the Libyan leaders for the first time in almost a year, is the latest attempt to end chaos that has engulfed the oil-producing country since the toppling of Muammar Gaddafi in 2011.

Khalifa Haftar, commander of the eastern-based Libyan National Army (LNA) faction which has been trying to conquer the capital Tripoli, and Fayez al-Serraj, who heads the rival Tripoli-based recognised government, were both in Moscow, Russian diplomats said.

Both men last met in Abu Dhabi in February last year before talks broke down over a power-sharing deal and Haftar moved his troops on Tripoli in April, expanding his control beyond the east and south.

The Moscow talks take place ahead of a summit in Berlin on Sunday which is expected to bring together the foreign backers of both Libyan camps.

Turkey backs Haftar's rival, Serraj, while Russian military contractors have been deployed alongside Haftar's LNA forces, which are also backed by the United Arab Emirates, Egypt and Jordan.

The Tripoli war has wrecked Libya's economy and risks disrupting oil production and triggering flows of African migrants trying to reach Europe by boats with the help of smugglers exploiting the chaos.

The Moscow talks come after a ceasefire, initiated by Turkey and Russia, saw a lull in heavy fighting and air strikes on Sunday, though both factions accused each other of violating that truce as skirmishes continued around Tripoli.

Haftar's troops have not been able to breach Tripoli's defences but have in recent weeks made some small progress with the help of the Russian mercenaries, residents say. That has pushed Turkey, which has business interests in the country, to deploy soldiers to Libya to help the embattled Tripoli government.

Russia and Turkey's foreign and defence ministers held talks on Libya on Monday morning and would later be joined by the two Libyan delegations, Maria Zakharova, a spokesperson for the Russian Foreign Ministry, said.

Separately, Italian Prime Minister Giuseppe Conte flew to Ankara on Monday for talks on Libya with Turkish President Tayyip Erdogan. Conte suffered a setback last week after Rome's own bid to play a central role in resolving Libya’s conflict came off the rails.

Russia and Turkey have turned into major players in Libya, joining Arab countries such as Egypt or the UAE which have filled a void left by Western powers showing little interest in the OPEC producer since 2011.

Asked about Russian mercenaries, Russian President Vladimir Putin said on Saturday that any Russian citizens fighting in Libya were not representing the interests of the Russian state or receiving money from it.

During a visit to Moscow on Saturday, German Chancellor Angela Merkel said Berlin wanted to host Libyan peace talks to build on what she said she hoped would be successful joint efforts by Russia and Turkey to stop the conflict.

Germany plans to hold that summit on January 19, two participants in the preparatory negotiations said on Monday. The Turkish presidency said Erdogan would come to Berlin for a one-day visit on January 19, but gave no further details.