I want to make the DA ‘kind, strong and fair’ – Mbali Ntuli makes bid for leadership 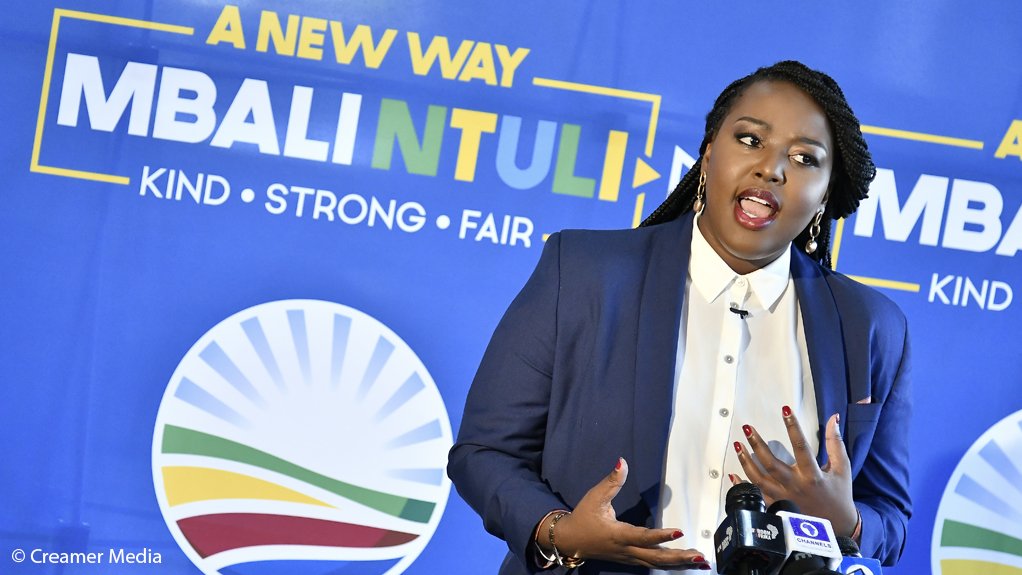 Former Democratic Alliance (DA) youth leader Mbali Ntuli is officially making a move for the party’s leadership position, stating that the party is in a deep crisis and in a permanent state of damage control.

The DA will hold its federal congress in May, where it will elect a new leader. The position became vacant after former party leader Mmusi Maimane resigned last year. John Steenhuisen was elected as interim leader.

Ntuli said she was running because the country needed different politics.

“I want to make the party kind, strong and fair,” she said.

She criticised the DA for becoming a party where one or two leaders were at the helm, making all the decisions, while the rest in the party were being ordered around.

Ntuli expressed that was not the way the party should be led nor was it showing South Africans that the DA was a big party with diverse people.

“I'm running because I believe, if we can show South Africans the people who really make up the DA, they would see the DA I see. A DA of people doing their best to serve in a political climate that tries to crush their efforts at every turn," she claimed.

She noted that there were many DA councillors who had made many sacrifices and said that was the DA she wanted to highlight.

Ntuli went on to say she was running for DA leader because of the fact that she was a black woman, adding that her ancestors had been shackled by the weight of an oppressive State that saw them as inferior.

For the DA to grow, move forward and win the national elections, it needed a leader who was able to bring people from different backgrounds together to build a South Africa that worked, she said.

If the party could lead and take decisions collectively, from a place of empathy and kindness, she believed it could show South Africans that it stood against tyranny and that it was a champion for everyone.

Ntuli vowed that if elected she could focus on bringing fairness back to the party, citing that if members believed that the organisation was fair everyone could find common ground. She would clear up the confusion around 'who' the DA was, what it stood for and who it fought for, and she also wanted to restore confidence in the party, saying the party's leadership must have the strength and credibility to win not only the minds but the hearts of South Africans.

She wanted to return the focus of the party to realigning politics in South Africa. "We have to win again. We need to be the core of a new majority with people and parties who share our values so we can become the next government and make South Africa work."

The DA goes into the elections scathed by a number of internal issues, including its unclear stance on race, as well as resignations of a number of its high-ranking officials shortly after the unprecedented return of its former leader Helen Zille.

Those that have since left the party include former Johannesburg Mayor Herman Mashaba, Former Nelson Mandela Bay Mayor Athol Trollip, DA communications manager Mabine Seabe and more recently the chief of staff in the federal leader's office Graham Charters, who resigned on Thursday.