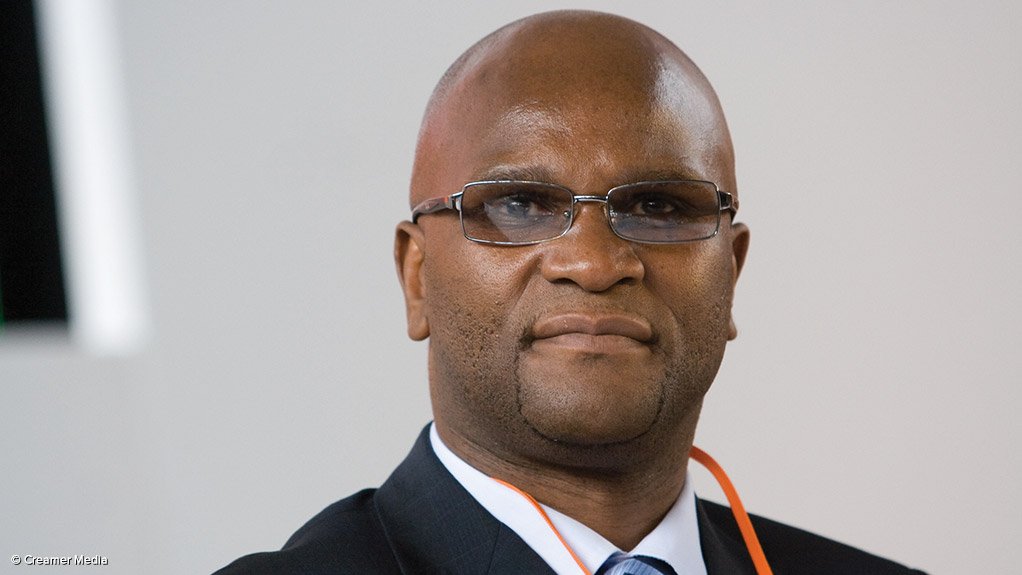 Fellow South Africans we have gathered here this morning to celebrate the life and times of one of the finest sons of our land who used his athletic prowess to tell a South African tale from the perspective of the downtrodden and the wretched of the land.

As we gather here, we shed tears for Peter “Terror” Mathebula and Mrs Emma Mathebula, but those tears are of love and the joy we derived from the practice of his craft and the respect they extended to all of humanity. Marriage of the two. Allow me to take this opportunity to speak first about the deceased marriage and love for each other. I have taken note on the love tribute written on the Memorial service programme and also from the Mathebula family that our deceased couple (Mr and Mrs Mathebula) met in 1969 at Dobsonville and then, their love took off like wild fire.

Mr Mathebula was a boxer while his wife Mrs Mathebula played tennis as a sport, our deceased couple had strong passion for sports as they remained active. This common element (sport) between the two created a strong bond as it kept them together at all times.

Mr & Mrs Mathebula then got married in 1974 at Roman Catholic Church and from then onwards, they remained inseparable and continue doing everything together.

Supported each other mainly during various activities as they were then at each others corner. They basically had unconditional love Until they met their death.

Our departed couple that we today bidding farewell, understood when they took each other’s hand and got into a marriage union, what marriage meant.   I took some time in my preparation and look up the definition of marriage and what I came across was the following:

“Marriage, also called matrimony or wedlock, may be defined as a legally recognised, life-long, voluntary union between a man and a woman, or two people of the same sex. The definition of marriage differs according to culture, but is commonly an institution in which an interpersonal relationship, usually intimate and sexual, is acknowledged through the exclusion of all other persons”, which is epitomised here today by our deceased couple.

I then had an opportunity to take it further and look at the definition of the phrase “till death do us part" and the definition I got was then the following: “Till death do us part” is a part of traditional wedding vows that signifies that the married couple intend to spend the remainder of their lives together - They will be parted only by death.  Emma and Peter Mathebula are a clear display of a married couple that refused to live to see the implementation of this phrase as they remained inseparable even in death hence, they continue to be in love even past their living years.

Boxing life. Let me take this opportunity once more and give the final salute to this legendary boxer (Peter Terror Mathebula) and also take pride of his selfless remarkable victory that happened back in 1980 in the heart of Apartheid years. We should all remember that Mr Mathebula world tittle victory happened during the time where a Black man was never given a slightest chance.

When Peter Terror Mathebula won that WBA title fight, his victory brought with it HOPE and a sense of PRIDE for all Black South Africans. Terror Mathebula then, was the first South African to win a boxing world title on a foreign soil. He will forever be remembered as one of South Africans who demonstrated that anything in life is possible as long as you put your mind to it. Hence he was able to get a visit in the earlier years of our democracy from the likes of President Nelson Mandela and then sports Minister Steve Tshwete‚ the objective of their visit to the Mathebula's house was to come show appreciation to Peter Terror Mathebula.

When you lose your loved one it is something that is always a painful experience. There is no other way to explain it‚ how you take it when it happens because it becomes the determining factor.

I am aware that The Mathebula family is devastated but not only the family but people around Mohlakeng including community leaders‚ mayor‚ Boxing SA which is our entity hence were all here to express our heartfelt pain to lose somebody of this Terror's stature.

Allow me to briefly talk about sport during apartheid, what it meant for us as Black people, you should all note that during the 70’s. 80’s and early 90’s our county was divided through racial lines (black and white), on the boxing front we supported anything that was black and we were never apologetic. Whenever our local professional boxers were fighting against anyone who is not black irrespective being local or international, we supported our black boxers. Allow me to recall and mention some of the few boxers we supported and were our household names.

Internationally, we went on to support the likes of Big John Tate, Mike Weaver to name a few as and when they came into the country to defend their tittles or fight against SA professional white boxers. During this time apartheid was so bad that we hated anything that resembles white dominance.    We would rather be on the corner of Mike Weaver or Big John Tate instead of supporting the likes of Brian Mitchell, Harold the Hammer Volbrecht, Gerrie Coetzee, Kallie Knoetze to name a few.

Hence when Peter ‘Terror; Mathebula back on the 13th of December 1980 went to win on a foreign soil against Tai – Shik Kim the WBA flyweight title belt in Los Angeles, we couldn’t hide our excitement as this victory was for the entire oppressed Black Nation and went on further to give us the recognition we deserved. Peter “Terror” Mathebula victory no matter how short lived it was, for us the black nation came with hope, Pride and determination. Hence to   date, Terror Mathebula WBA title victory of 1980 still remain etched in the hearts and minds of all of us.

Steve Bloomfield his book “Africa United”, describes how when apartheid began to wind down, soccer became a medium for whites and blacks to come together. In the late 1970’s, white players began to join teams that were traditionally comprised of all blacks. The games would attract crowds of thousands, in the only gathering place for blacks that wasn’t outlawed by the apartheid regime. Sport played a role in the transition from complete segregation, to the end of apartheid.

The onset of apartheid brought explicit segregation to sport, but in many instances, South Africans used the same tool used to divide people, to bring them together. In a time when the government sought to control every aspect of society, sport became a form of resistance; an arena that was not only an escape from hardships, but also a challenge to the overbearing apartheid system.

Many changes in sports policy coincided with similar political changes. In most cases, sport was not dictating politics, but rather reflecting the social and political sentiments in real time.

South Africa's history comprises moments of extreme division and unity in sport and politics, and demonstrates how the two are inextricably bound.

To date, we have moved lips and bounds in ensuring that our children play sport in a non-discriminatory environment by regulating the sporting front and working towards a transformed sporting landscape taking into account our past and how discriminated was the black race.

As I conclude, allow me to say, never again shall sport be played in a discriminatory environment where there will be the supressing and domination of one race by the other. In ensuring that transformation in sport is effective, as government we have put together Eminent Persons Group (EPG) with the objective of monitoring annual transformation targets achieved, shortfall and ensuring that sanctions are implemented as a form of punishment to those sport bodies that fail to meet their self-set transformation targets.

In part and short, I therefore take this opportunity to plead with our people that we have to recognise our sporting legends and appreciate them whilst they still alive. It is a shame that some of the nation's heroes are no longer remembered.

We should have self-pride in heroes like Peter Terror Mathebula and we should treasure such by ensuring that we honour such on an on-going and daily basis.

Our department as well, will continues with its excellence recognition systems falling under its winning nation unit comprising of the Andrew Mlangeni Green Jacket which Mr Terror Mathebula is also a recipient. We also have the SA Sports Awards that plays a significant role to reward past and current sportsman and sportswomen.  I know as well that our provincial department also gave the excellence recognition to Mr Mathebula however, it is important for the public and communities to look out for those and ensure that we give recognition where is well deserved.

Most important, our Department will continue to consult with Boxing South Africa to find ways and means to once more bring boxing to its glory days. We would work arround the clock and look once more into the possibility of engaging SABC and other broadcasters in ensuring that boxing is brought back to our living rooms and that our children are once more able to identify themselves with the sport.

May the souls of both Peter and Emma Mathebula Rest In Peace.

Thank you for your attention