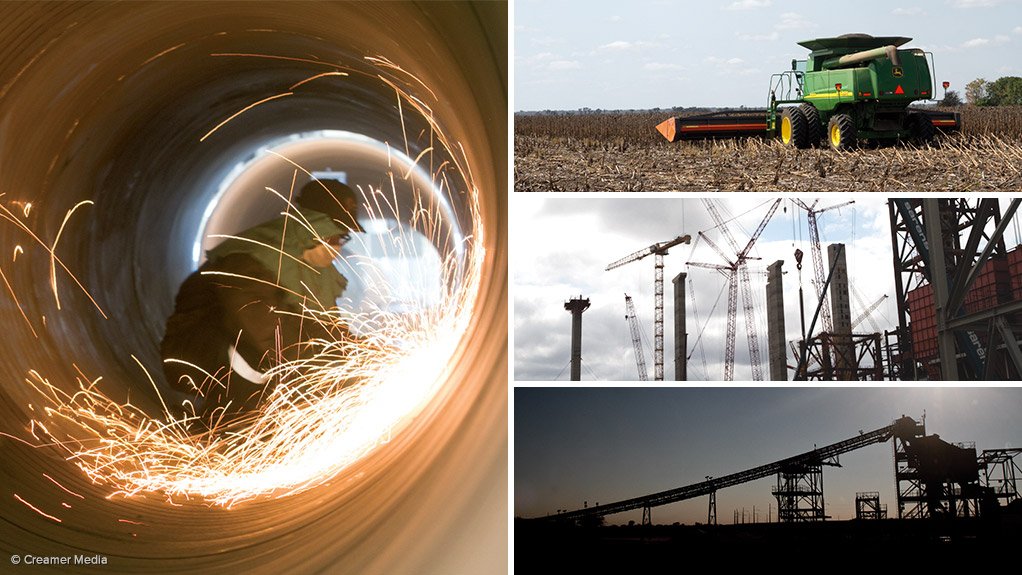 Moody’s is expected to deliver its country review on March 27.

It explained that South Africa was at risk of seeing an economic growth rate of below 1% again this year as a number of structural problems remained unresolved.

However, the private sector had made a substantial contribution to capital expenditure (capex) in the middle two quarters of 2019 and was expected to do so again this year.

This would provide support to gross domestic product (GDP) as the investment drive continued to gain traction.

The private sector accounts for 70% of fixed investment in South Africa, while government accounts for 16% and public corporations less than 15%.

Private business enterprises had seen capex growth rates of 15.8% quarter-on-quarter and seasonally adjusted annualised (qqsaa), in the second quarter of 2019, while 10.8% qqsaa growth had been recorded in the third quarter.

Investec noted that government had likely returned negative rates on fixed investment in 2019 on the year before, with public sector capex down 16.3% qqsaa in the second quarter, down 17.8% in the third quarter and down 2.1% in the first quarter of last year.

“This year would see further contraction in government fixed investment if budgeted-for projects did not go ahead, while this was also an area that risks budget cuts – as government sought to reduce expenditure to avoid a Moody’s credit rating downgrade.

“The ratings agency had already placed South Africa’s long-term sovereign debt on a negative outlook towards the end of last year, while indicating that it planned to downgrade the country to sub-investment grade, if South Africa did not make the necessary changes that would allow its rating to return to stable,” Investec stated.

The National Treasury had put forward key areas where expenditure cuts needed to be made to consolidate government’s finances materially, which included cutting above-inflation civil servants’ remuneration growth. This while consumption expenditure by government had grown in each of the first three quarters of 2019.

Simultaneously, government debt levels had risen notably and borrowings had been used to top up expenditure, which resulted in the current fiscal balance being in deficit.

Investec highlighted that, when the fiscal balance was in surplus, government could fund its consumption from its own revenue and not from borrowings.

“Expenditure cuts in government fixed investment would detract from economic growth, with previously unspent funds allocated to government infrastructure also holding the potential to contribute meaningfully to economic activity in 2020 if spent. It was crucial these were undertaken to support growth and employment creation.”

Stage six load-shedding was reached towards the end of last year, which had taken businesses off the grid for longer, with heavy industry negatively affected by the power fluctuations.

The World Bank said it was assuming that the new administration’s structural reform agenda would gather pace, policy uncertainty would wane and that investment – both public and private – would gradually recover.

The Consumer Price Index dropped in the fourth quarter to below 4% year-on-year, which would have a negative impact on real disposable income growth in that quarter.

This while bank lending conditions remained tight and consumers in South Africa were financially constrained.

Investec further noted that structural reforms had continued to lag in South Africa, as a lack of political will had seen failure to rapidly adopt the National Treasury’s economic growth plan, risking supply-side recessions in South Africa as the growth rate in productive capacity dwindled.

The country’s growth had also been afflicted by the slowing global economy.

The US is expected to sign a substantial trade deal with China this year, after the first phase trade deal in January, allowing global growth to improve.

However, a declining likelihood of this would see slowing global growth, where South Africa’s economic performance had already been impacted by weakening global demand.

“The rand will continue to be volatile, driven by global events, and structurally weakened by South Africa’s poor fundamentals. A 25 basis points interest rate cut would become increasingly likely in the second quarter if Moody’s rating outlook returned to stable."